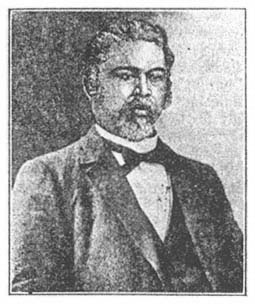 The following article is taken from www.thetravelingteam.org.  http://www.thetravelingteam.org/node/411.  Its the best post I’ve seen on George Liele.  For sake of time, with Black History Month almost being over, I’ve copied and reposted what they’ve put together on George Liele in its entirety.  Every American needs to know more about this great hero of the faith, who not only started the first African American congregation in America, but also was the first ever missionary from America.  In other words, before there was a Hudson Taylor, John Mott or William Carey, there was George Liele, who was the first missionary ever to leave American soil, but very few people know about him. The article follows below. During the first Great Awakening, Liele was considered one of its greatest preachers, right alongside George Whitefield.  This is a “Must Read!”

“When I think about the first missionaries from America I think of Adoniram & Ann Judson who were sent out in 1812.  Yet some of the earliest known missionaries are actually David George, Moses Baker, Prince Williams, and George Liele.  They were all African Americans who were part of the slave-trade before the United States of America became a nation.  George Liele is considered to be America’s first missionary.  He chose to leave America in 1782 to start a church in Kingston, Jamaica.  This was ten years before William Carey left England for India, and twenty years before Adoniram Judson left America for Burma.

George Liele is an unknown hero in missionary history, due to the fact that little is written about him.  Little is written about any African American Missionaries.  George was born in 1750 in Burke County, Virginia to slave parents, Liele and Nancy.  They worked for the family of Henry Sharpe.   Henry Sharpe was a British Loyalist who served as a British officer during the war and as a faithful deacon of Buckhead Creek Baptist Church.  George knew little of his parents other than the fact that many people, both white and black, told him that his father was the only black person that knew the Lord.  It was in 1773, while listening to his pastor Matthew Moore preach that George recalls “saw my condemnation in my own heart, and I found no way wherein I could escape the damnation of hell, only through the merits of my dying Lord and Savior Jesus Christ…”  After being baptized George began to discover his compassion for other black slaves.  He began to read hymns, encourage other blacks on his plantation to sing, and explain to them the meaning of each hymn.  Buckhead Creek Baptist Church, convinced of George’s ministerial gifting and interest in God’s Word, licensed him to preach. In order to encourage and empower George to use his new found gift more freely, Henry Sharpe granted him his freedom from slavery.

During the next two years prior to the beginning of the Revolutionary War (1775-1783), George Liele gathered a group of new black believers to hear his preaching in Silver Bluff, South Carolina. George preached for two years in the slave quarters of plantations near Silver Bluff that gave birth to a new church congregation.   This small congregation of new African American believers located near Gaulphin’s Mill in Aiken County, just twelve miles from Augusta, Georgia, is considered to be the first black church gathered in America.  George Liele was the first appointed elder and preacher of the church that attracted 30 members during the first few years.  David George was one of the first eight slaves who was baptized and became a member of the growing church.  Andrew Bryan and George Liele’s wife, Hannah, also came to know Christ through Liele’s preaching at Silver Bluff.  Andrew Bryan later would become both a leader and preacher in this growing congregation of black Baptists.  The Silver Bluff congregation eventually moved south to Savannah, Georgia with the movements of the British army.

After George’s master Henry Sharpe’s death in the war in 1778, George and his family moved to British occupied Savannah to avoid re-enslavement.  It was in Savannah that George Liele, along side David George and Andrew Bryan, built a lasting congregation of black Baptists both slave and free. Their place of worship was initially a barn that was given to them by Jonathan Bryan, the master of Andrew Bryan.  The fruit of Liele’s ministry was being multiplied through Andrew Bryan as an upcoming leader in the church.  On January 20th, 1788, this black congregation was officially constituted a Baptist Church by Abraham Marshall under the pastor of Andrew Bryan.  The church was initially named the First Bryan Baptist Church with a total of eighty members that grew to two hundred and fifty by 1792.  In 1794, the church built a frame structure on land they had purchased the year before. By 1802 the church had grown to over 700 members, changed its name to the First African Baptist Church, started the Second African Baptist Church, and in 1803 started the Ogeechee (Third) Baptist Church. George Liele’s legacy continued to grow the first black church united with the white church of Savannah to form the Savannah Association in 1802.

Near the end of the Revolutionary War, Henry Sharpe’s children attempted to re-enslave Liele and eventually had him jailed.  Yet, Liele was able to recapture his freedom by producing “free papers”.  Hundreds of blacks left Savannah in 1782, including George Liele, his wife Hannah and their four children left America and sailed for Jamaica.  Liele had befriended a British Colonel who advised him to leave the country with him.  After borrowing $700 for passage for him and his family from Colonel Kirkland, Liele left America as an indentured servant on a ship of evacuated British troops headed for Kingston, Jamaica.  After Liele completed his employment with the Colonel for a period of two years, he was given a certificate of freedom.  As a freeman, he began to grow in his compassion for the slaves of Jamaica.  After studying their problems, he began to preach to them in private homes and racecourses.  It is from these meetings that Liele started a church in Jamaica with four African American believers including his wife, Moses Baker and George Gibbs.  It was through George’s relationship with Moses Baker that God provided funding from Great Britain and the expansion of his ministry in Kingston.  Despite growing persecution from the whites in Kingston Liele built a church building on his personal land. In 1789, his congregation built a house of worship on a piece of land containing three acres purchased for $775.  Liele asked other churches in England to financially support this endeavor.  Most of the church members were slaves, and therefore the finances of the church were minimal.  In order to support his family, Liele did variety of jobs including farming and driving a team of horses and wagons to carry goods from place to place.  By 1791 the new church, comprised of mostly blacks and a few whites grew to over 350 members.  Because most of the people in his church could not read, each month he would read aloud a covenant that kept the commandments of God on their mind.  He also used a church bell to call the members together and give notice to slave owners that they were meeting.  George also had a vision to start a school for black children.  Liele employed a teacher to teach children of both free parents and slaves.  As his influence and church grew, so did the persecution.  Sometime before 1802, George was thrown into prison, separated from his family, and put in chains with irons on his hands and feet.  Then in 1805 Jamaica enacted a law forbidding preaching to slaves.  During the years of 1802 to 1834 numerous instances of brutality, sexual abuse, and murder of Christians were reported.  It was not until 1838 that all slavery was eradicated from Jamaica.  Still, by 1814 it was reported that there were 8,000 Baptists in Jamaica including mostly black slaves and some whites.  Between 1814 and 1832 the Baptist Missionary Society sent white English missionaries:  William Knibb, Thomas Burchell, and James Phillipo to help organize the Jamaica mission and saw new believers grow from 8,000 to 20,000.  Because of the influence of George Liele, the Englishmen William Knibb and Thomas Burchell returned to England to campaign to end slavery in Jamaica.  Although William Wilberforce had successfully convinced the English parliament to abolish the slave trade in 1807, they did not outlaw slavery itself.  It was not until 1833 that Parliament passed a law requiring all slaves in the entire British Commonwealth to be given there freedom. The last day of slavery for the British Empire was set to be July 31st 1838.  Liele did not live to see that day, as he died in 1828, but his influence continued to empower freedom.

His Legacy of Mobilization

George Liele, born a slave, ordained in a white church in Georgia, gathered the first black congregation, and became the first black Baptist in America.  Liele while not being supported by a church or mission agency, also became the first Protestant missionary to go out from America to establish a foreign mission.  This unknown hero without formal education, who learned to read the Bible and became a preacher and missionary shared the gospel with thousands, baptized hundreds and discipled many who became preachers, missionaries, and world leaders.  One of those disciples was David George, who left Savannah for the Canadian Province of Nova Scotia, and then later to Sierra Leone in Africa, where he started Baptist Churches in both countries.  Andrew Bryan also one of his disciples was one of only three black Baptist preachers to stay in Savannah after the British left during the Revolutionary War to lead the First African Baptist Church. This man of mission raised up many courageous servants of the Lord who through their legacy of influence continue to bring freedom to the world.”